How to play, how to win, and what’s best about the game

A video game called Among Us was released June 15th, 2018 and just became very popular with kids over 9 and older.  Among Us is most popular in the United States. In the game, there are two jobs , crewmate and imposter. The crewmates have to survive and vote out the imposters, while the imposters have to murder all of the crewmates or vote them out. The imposters win when there are the same amount of imposters as crewmates, while the crewmates have to get rid of all the imposters to win. For some reason, this game is highly addicting. That’s why it’s so unique. You can frame people for your doings and no one would have any idea. It’s a murder mystery game like Clue.

There are many ways to play! That might be why it’s so popular. According to Lucas Smith, a twitch streamer, “[What I like about the game is ]  The suspense, I suppose. You don’t know who to trust and you have to be strategic.” he replied. “Well, it’s something new, and there’s not really any other games like it. And there’s more of the fact there are 10 people, get a couple of friends in, that you’re supposed to trust like you can kind of be suspicious of your friends for once if that makes sense you can try to call your friends out then make your friends turn against each other.”

“I like that the game itself is pretty simple and easy to play. It’s not too complicated so pretty much anyone can play but it’s still fun especially when you play with friends,” said  Kylee Johnson a student. The simplicity and the fact it can be played with other people is quite liked. It’s a game everyone can play and enjoy.

Another source named Forrest Hawthorne says, “It’s not hard. It’s a super simple game with simple rules, and it’s not all who can aim the best or who can do the best combos kind of game, it’s a strategy, murder mystery horror games that came out of a doodle.” This game has attracted so many players who like different things. According to two of my  sources, it’s the strategy and murder mystery that makes it fun along with the fact that you cannot trust anyone.  Even if you “know” they are innocent they could murder you and you would never suspect it.

The most favorable of the teams (crewmate & imposter) are the imposters. This is because of the suspense and exhilaration that it causes when you are about to murder someone. According to a gamer named my source  Smith, “I like being the imposter, because it’s fun trying to sneak around, sabotaging and killing crew mates without getting caught. And I think my favorite thing as an imposter would be falsely accusing people that I know aren’t imposters. It gets the attention away from you.”

The best way to play as the imposter is up to you. Success dependsThen on how good your skills are at deception, framing, and gaming speed. Here are some of the better killing strategies from our sources “ I like turning off the lights and picking people off. Seeing two people in a room and waiting in the vent, just for one to leave and I can kill and pick off the straggler.” Stated Hawthorne. This strategy will make it look like the person who was last with them killed the victim. Venting seems to be a common strategy as the imposter it is important to not get caught.  Another way venting and using deception could be helpful is. “Depending on how many imposters double killing or running around, use the admin to find where there is only one person and if no one is around vent in kill, and then vent back. Wait till someone finds the body and say you were on the other side of the map.” Smith said. Double killing is also a very effective play. It is where when there are two imposters and they kill two crewmates at the same time, so there is less of a risk of them both getting caught and they can kill both at the same time so there are less crewmates who can potentially vote them out. This makes the imposters win easier. 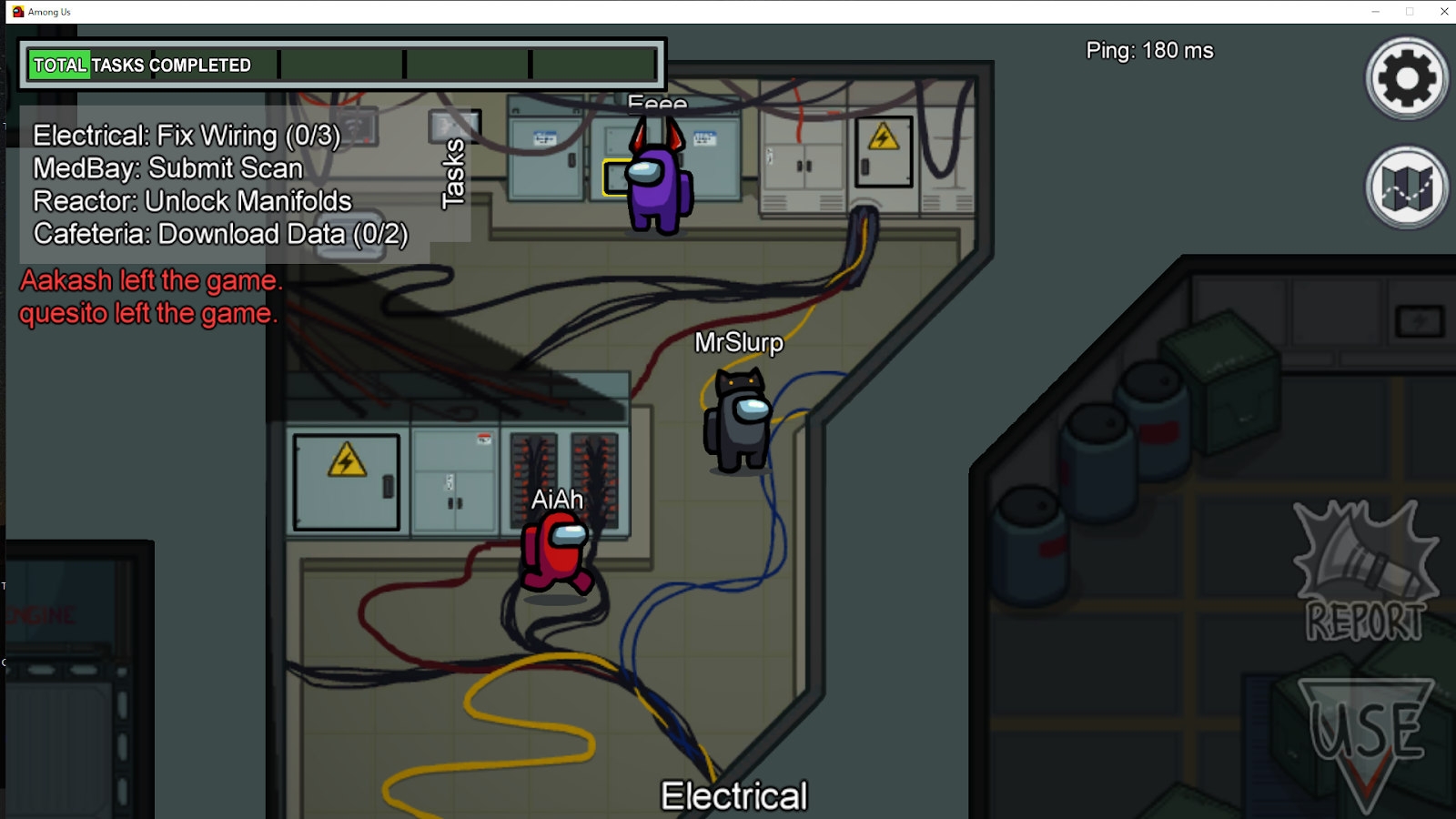 The most common role in the game is the 10 crewmates! It seems complicated but it’s a simple role. Just do the tasks you’re given without dying. The techniques people use to complete the game in this role are quite common such as ” “try to stick with  as many people as possible and then get alibis” suggests Johnson. There is a room called Electrical on the  map most commonly played called Skeld. It’s a big room and it’s very common to find a dead body there. That is because it is secluded and there is a vent nearby so the imposter can escape easily.

Hawthorne said her strategy is “I first go to electrical at the start, that’s because the kill cool down is at zero. Then I go to the corners of maps and get those done. I wait to do Admin and office till after a meeting seeing as it’s right there. After I get all tasks done or a majority of them, I go into cameras and keep tabs on everyone’s whereabouts” A kill cool down is when the imposter kills a crewmate, then there is a certain time before they can kill again. It’s important to have people near you as alibis so they can say you’re not the imposter during voting sessions.