Tuesday, November 3, 2020, the fateful day that will decide the outcome of the United States for the next four years. The presidential election will finally come to a close, and the United States will find out who the next president will be out of the two major party candidates, Donald Trump or Joe Biden. 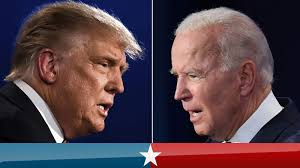 According to BBC news, the national polls show Biden has 51% of the votes and Trump has 42%, which means Joe Biden has a 9% lead. 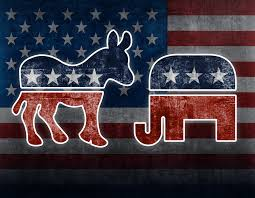 September 29, 2020, Trump and Biden faced each other in the first presidential debate. It was a very heated debate, bad-tempered and chaotic.. Trump was rebuked several times by the moderator, Chris

Wallace, for speaking over his opponent. Biden, after several    interruptions from the president even said: “Will you shut up, man?”

Presidential debates are a political version of gladiatorial combat and they have, in the past, turned elections. After the debate, the Washington Post published an article declaring Biden the winner of the first presidential debate, according to four different polls. However, this does not mean that Trump will lose the election. After all,. Trump won the election in 2016, despite losing the popular vote.

Trump’s contagion has shaken up the election. But as the race comes to a close, he and Biden continue to battle it out for votes. Americans on both sides of the political spectrum anxiously await the results. If Trump wins the election, it will be his final term as president because federal law has a two term limit. If Biden wins the election, he could run for president a second time in 2024, though he has previously stated his intent to be a one term president. The winning candidate is scheduled to be sworn in on Inauguration Day, January 20, 2021.