“A gender line… helps to keep women not on a pedestal, but in a cage.” -Ruth Bader Ginsburg. 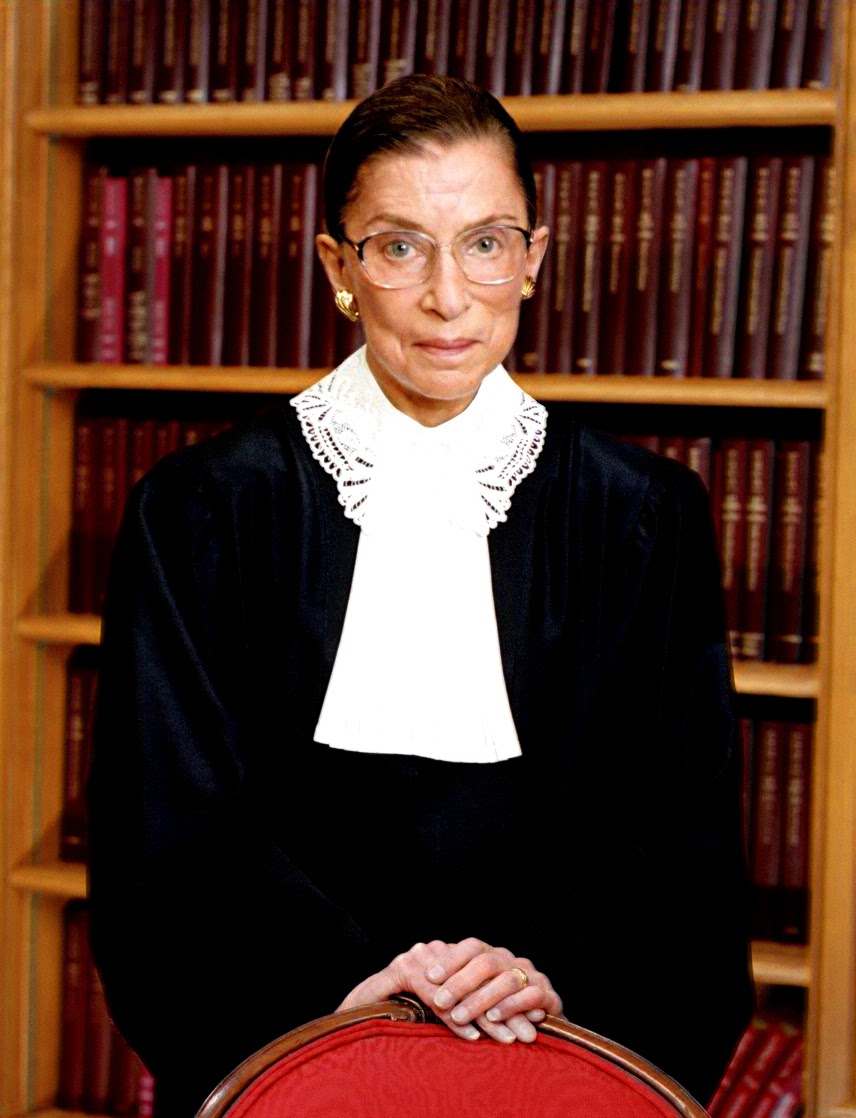 Ruth Bader Ginsburg (known as The Notorious R.B.G. to her fans), a supreme court justice, worked tirelessly to break that cage that held women back for so long. Nominated for her position on August 13, 1993, by President Bill Clinton,. Ginsburg may just be the woman who fought for women’s rights in the United States harder than anybody. As she once said, “over my lifespan, I think I’ve had it all.” She sadly died on September 18, 2020.

Growing up in Brooklyn, New York, Ginsburg graduated college at Cornell University in 1954, then went on to Columbia Law School, which she graduated from in 1959. Her first job was as a professor at Rutgers Law School in 1963. Though it may have been a very good job, she was informed that she would be paid less than the male professors there, because her husband had a well-paying job. Ginsburg was married to Martin D. Ginsburg on June 23, 1954. Sorrowfully, though, Martin died of cancer in 2010.

Selected as just the second female Supreme Court justice, Ginsburg worked as a justice for 27 years, until her death on September 18, 2020. She worked everyday to give women the same rights as men. As of now, women can’t be denied the right to join the military because of their gender, employers cannot discriminate against employees based on their gender or their reproductive choices, state-funded schools have to admit women, and juries must include women, all thanks to Ginsburg.

Ruth Bader Ginsburg, one of the most important women in contemporary American history, hasd a beautiful legacy that she earned by working so hard for gender equality. Her children, Jane C. Ginsburg and James Steven Ginsburg, both have moved on to well paying jobs and currently have families themselves.

Donald Trump, the current president, is currently trying to move through the nomination of Amy Coney Barrett, a conservative judge, to replace Ginsburg’s seat on the Supreme Court. Amy Coney Barrett was elected October 27, 2020 . Though one of Ruth’s last wishes was that no person could be nominated for the Supreme Court until the next presidential election was held, Trump and Congress pushed through the nomination process quickly, prior to the presidential election.

Ruth Bader Ginsburg died of metastatic pancreatic cancer on September 18, 2020 at the age of 87. Though she may be gone, her legacy will carry on. “Fight for things that you care about, but do it in a way that will lead others to join you.” – Ruth Bader Ginsburg